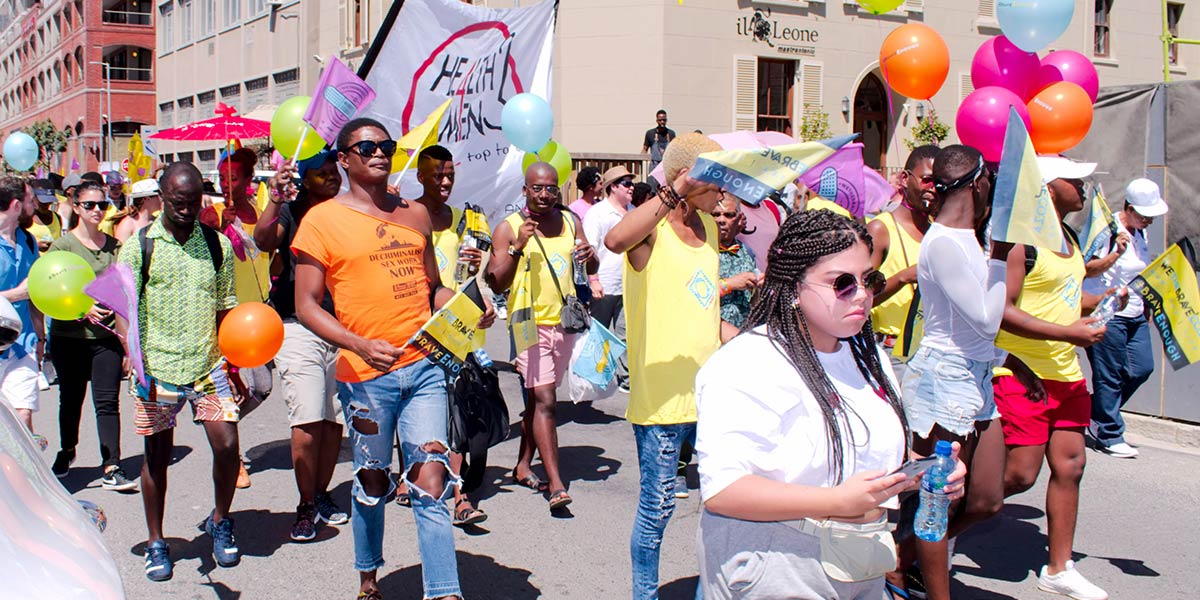 June is globally recognised as Pride month and remains a universally significant time of the year for the LGBTQIA+ community to celebrate and spread awareness of issues the community faces. In South Africa, both Western Cape and Gauteng generally have good access to well established support groups such as the Triangle Project, OUT and GALA that work on implementing change and social justice, awareness and creating safe spaces. This support is there for those who know of them, but what about those who don’t have access or know how to reach them? What about accessible Queer support structures within schools for the youth who struggle with their own gender identity and sexuality?

It can be quite a controversial topic when discussing whether access to LGBTQIA+ support should be made available to high school students or even taught in the  classroom. Last year, the Western Cape Education Department (WCED) introduced  for the first time a draft guideline for schools on Gender Identity and Sexual  Orientation which was made public, giving people the opportunity to comment on its proposals. However, according to Equal Education (EE) this guideline needs a lot more work in protecting the rights of LGBTQIA+ youth and through the feedback they continue to submit to the WCED, it remains a work in progress. Despite its perceived flaws and the amount of work needed to improve the guideline, one has to appreciate the groundbreaking steps taken toward implementing inclusivity in public schools.

Once successful, it could lead to both students and teachers having access to training and tools that enable them to effectively, and respectfully engage gender non-normative individuals. The draft included examples of students’ freedom in partner choice when attending school dances and events, availability of unisex and gender-neutral bathrooms, and safe spaces.

Safe spaces like these are very much needed. Although many think these changes should have been implemented years ago, one has to appreciate that it’s a work in progress and a step in the direction of finally normalising queer inclusivity in South African schools and communities. Unfortunately, until these guidelines become policy, the possibility exists that internalised homophobia and/or transphobia continues being perpetuated through actions of bullying and intolerance in schools and in general due to misinformation and lack of education. This is often due to preconceived ideas and mindsets inherited from youngsters’ communities and peers where it’s taboo to talk about, or even acknowledged. Unfortunately, this creates an environment where young people brimming with potential are often reduced to hiding in the shadows, and living in fear.

Introducing Queer support clubs is one way in which schools can lay the foundation of safe spaces that provide access to authentic information and advice, just as the majority of American schools have made use of their Gay Straight Alliance (GSA)  clubs. Leading South African schools such as Rustenburg Girls’ High School have Queer clubs whereas schools such as Wynberg Girls’ High School, Westerford and Camps Bay have been extraordinary examples of accommodating transgender students.

They allow for in-person and in-depth advice and voluntary therapeutic group  sessions amongst students who can relate to the issues experienced. It is hard  enough for queer students to explore, process and accept who they are especially  for queer people of colour living in communities where such topics remains largely stigmatized. It gives them the chance to create a community of support and resources they can rely on and raise awareness of. Ultimately, these clubs pave the way for small steps of progress towards a brighter future for the entire South Africa, and ultimately, the world.

This website uses cookies to improve your experience while you navigate through the website. Out of these, the cookies that are categorized as necessary are stored on your browser as they are essential for the working of basic functionalities of the website. We also use third-party cookies that help us analyze and understand how you use this website. These cookies will be stored in your browser only with your consent. You also have the option to opt-out of these cookies. But opting out of some of these cookies may affect your browsing experience.
Necessary Always Enabled
Necessary cookies are absolutely essential for the website to function properly. These cookies ensure basic functionalities and security features of the website, anonymously.
Functional
Functional cookies help to perform certain functionalities like sharing the content of the website on social media platforms, collect feedbacks, and other third-party features.
Performance
Performance cookies are used to understand and analyze the key performance indexes of the website which helps in delivering a better user experience for the visitors.
Analytics
Analytical cookies are used to understand how visitors interact with the website. These cookies help provide information on metrics the number of visitors, bounce rate, traffic source, etc.
Advertisement
Advertisement cookies are used to provide visitors with relevant ads and marketing campaigns. These cookies track visitors across websites and collect information to provide customized ads.
Others
Other uncategorized cookies are those that are being analyzed and have not been classified into a category as yet.
SAVE & ACCEPT
Give Back